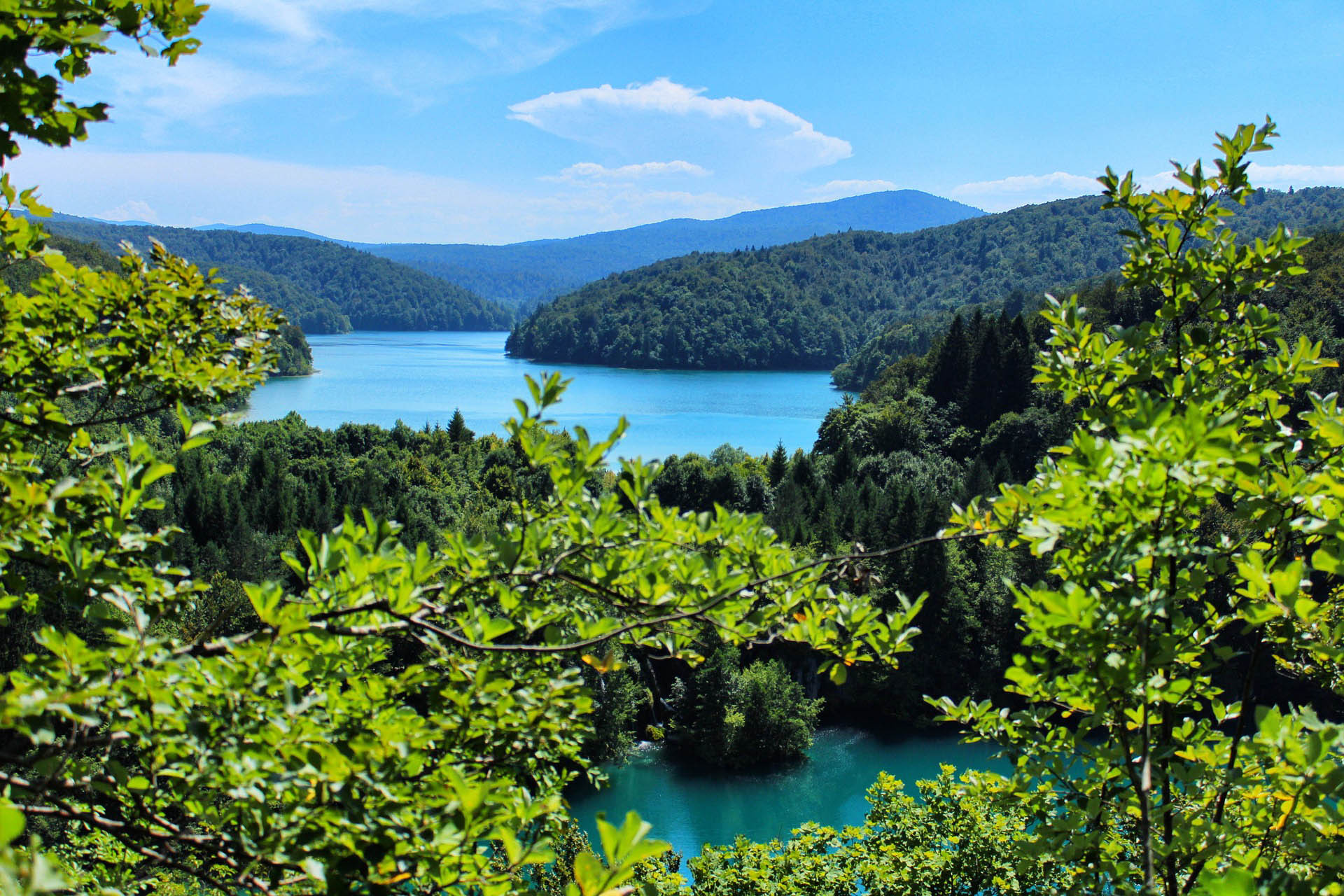 The last and the lowest lake of Upper Lakes Is “KOZJAK LAKE” (“JEZERO KOZJAK”)!

It is located on an altitude of 534 meters above the sea level, and has a title of the largest as well as deepest lake in the whole lake system of Plitvice Lakes.

It covers an enormous area of 82 hectares, and its depth is 48 meters! Its length is more than 2.35 kilometres, can you believe that? As well as its enormous width, it goes from 135 to 670 meters! This is the last lake which belongs to the group of Plitvice Upper Lakes.

“Kozjak” is coming from a Croatian word “koza” which means “goat”, because a legend is telling about a herd of goats who have been chased by wolfs and then got lost around this exact lake.

This lake is fed by several waters, firstly from “Burgeti Lake”, and also by streams of “Rječica”, “Matijaševac” and “Jasenovac”.

This lake is also a natural phenomenon as it was formed by natural flooding of nearby waterfalls and merging on two lakes, which barrier you can still see in about 4 meters depth. Today, this lake is stretching from northwest to southeast. Colours of the lake are mostly dark green to turquoise, depending on the season. In the middle of this beautiful lake, you can see a small island called “Štefanijin otok”, on which you can dock with a small boat and go to the next direction of your visit to Plitvice Lakes, Lower Lakes. 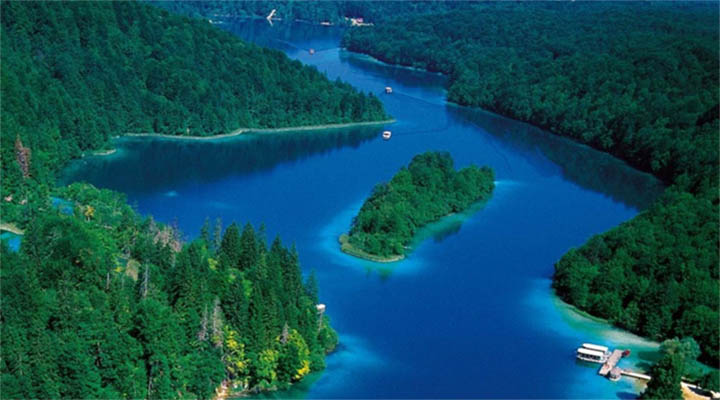 The end of the lake there is a barrier and waterfall where waters flow down into Milanovac Lake.

PRO TIP: Start your visit to Plitvice Lakes here, to avoid the crowds of visitors!

This is the first and highest lake in Plitvice Lower Lakes area!

It is located on an altitude of 524 meters above the sea level, and can be set among the smaller lakes in the whole lake system but the largest in the Lower Lakes. Its area is around 3.2 hectares and its maximum depth is around 18 meters. The length of the lake is 470 meters while the width is between 50 and 90 meters.

Waters for this lake come for “Kozjak Lake”, and they are forming a beautiful waterfall called “Milanovački Slap” which is 10 meters high.

Its name origin comes from a Croatian word “Milan” which is a common Croatian name, but also a person who had mills in this lake. It is situated in a canyon, so it is naturally formed in between rocks and cliffs, and some of them are twenty meters high. You have two walking paths, one of them is taking you all the way along the lake, while another one is taking you along the cliff’s upper levels where you can enjoy panoramic scenarios.

Its colours really depend on daily light and sky’s brightness, so the water can vary from light green to dark blue colours. At the end of the lake, you can see a plateu ending with another barrier and more waterfalls, whose waters continue its path towards Gavanovac Lake. 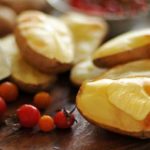 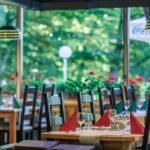 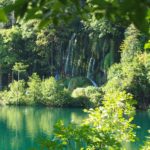 The history of the National park Plitvice lakes
12/01/2020
Our website uses cookies to give you the best possible service. If you continue browsing, you agree to the use of cookies. More details can be found in our privacy policy.AcceptInfo