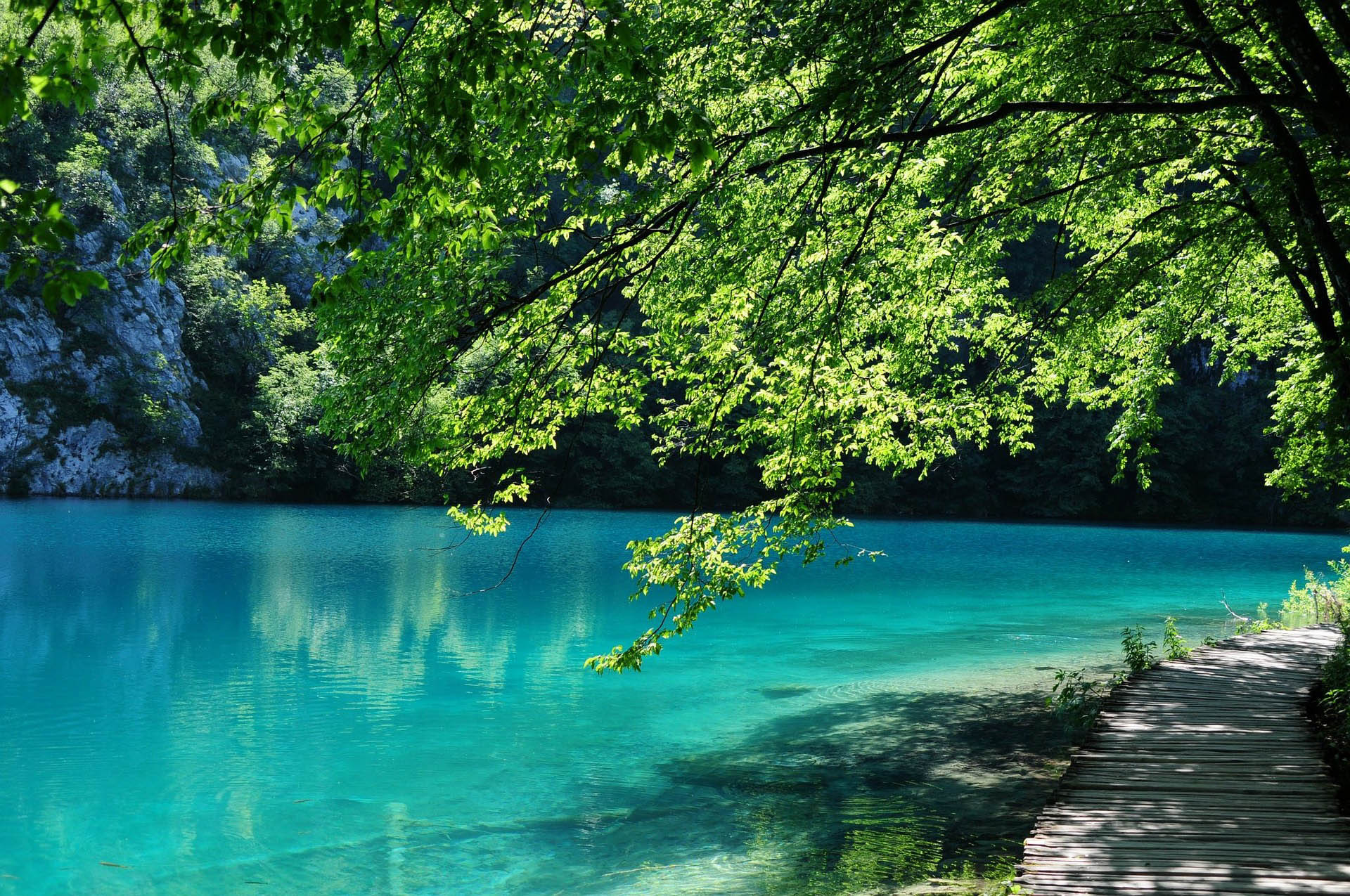 Dear readers of Plitvice lakes from Split, we have three lakes left to explain you its details and history, and they all belong to the group of Plitvice Lower Lakes!

Is the second highest lake in the group of Plitvice Lakes, which is located 518 meters above the sea level and one of the smallest lakes in the whole lake system. Its maximum depth is around 10 meters and its area covers only around 0.8 hectares. Its maximum width is about 65 meters while its maximum lenght is around 100 meters.

Its waters come from Milanovac Lake that also form a spectacular „Milke Trnine Waterfall“. Its name is coming from a Croatian word „Gavan“ who is, according to legend books, a person, a local man who was hunting down treasure around this lake. It i salso in a deep canyon, so it is protected from all sides with high and inaccessible cliffs. If you choose to go over a walking path, it will lead yu across the lake to the west where you can get a great viewpoint over the whole canyon. More cascades are waiting for you at the end of the lake, called „Velike Kaskade“, and they are falling into next lake, „Kaluđerovac“.

This beautiful lake is commonly called „Kaluđerovo“, and it belong to the group of Plitvice Lakes, Lower Lakes. Its located on an altitude of 508 meters, and it is covering the area of only 2.1 hectares with its maximum depth of 14 meters. Its width varies from 70 to 95 meters, and its maximum lenght is around 225 meters. Its waters come from Gavanovac lake, which are forming a beautiful waterfalls. Its name comes from a Croatian name „Kaluđer“, who was a local monk who spent a lot of his time in a cave above the lake, called „Šupljara Cave“.

It is also very well protected with the cliffs surrounding it, some of them are even more than 40 meters high, so you can imagine how many extraordinary viewpoints of Plitvice Lakes National Park you have! At the end of the lake, there is a two meters high small reed covered plateau / travertine barrier, where there is a wooded path under which  the water flows down into next lake – „Novakovića Brod“.

The last and the lowest lake in Plitvice Lakes National Park is „Novakovića brod“ („Novakovića Lake“) which is located under „Kaluđerovac Lake“, on an altitude of 503 meters above the sea level. Iti s very small, it covers the area of just under 0.4 hectares and its maximum depth is three meters! Its width is around 50 meters while its lenght is around 90 meters!

The lake is fed by waters from Kaludjerovac via two meters high travertine barrier, creating series of tiny waterfalls. There is a nice wooded path leading over this barrier and along the lake towards Kozjak and on other side to upper paths of the lakes.

Its name is coming from a legend in Croatian history, where a local man was crossing this lake with his boat. Iti s located at the very end of the Lower Lakes canyon, and its water are coming down in a form of watefally, 25 meters long, forming „Sastavci Waterfalls“ and becoming a source of river „Korana“. 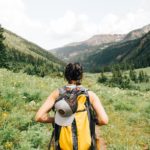 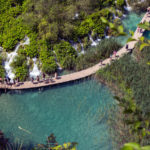 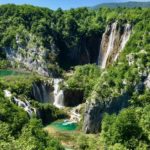