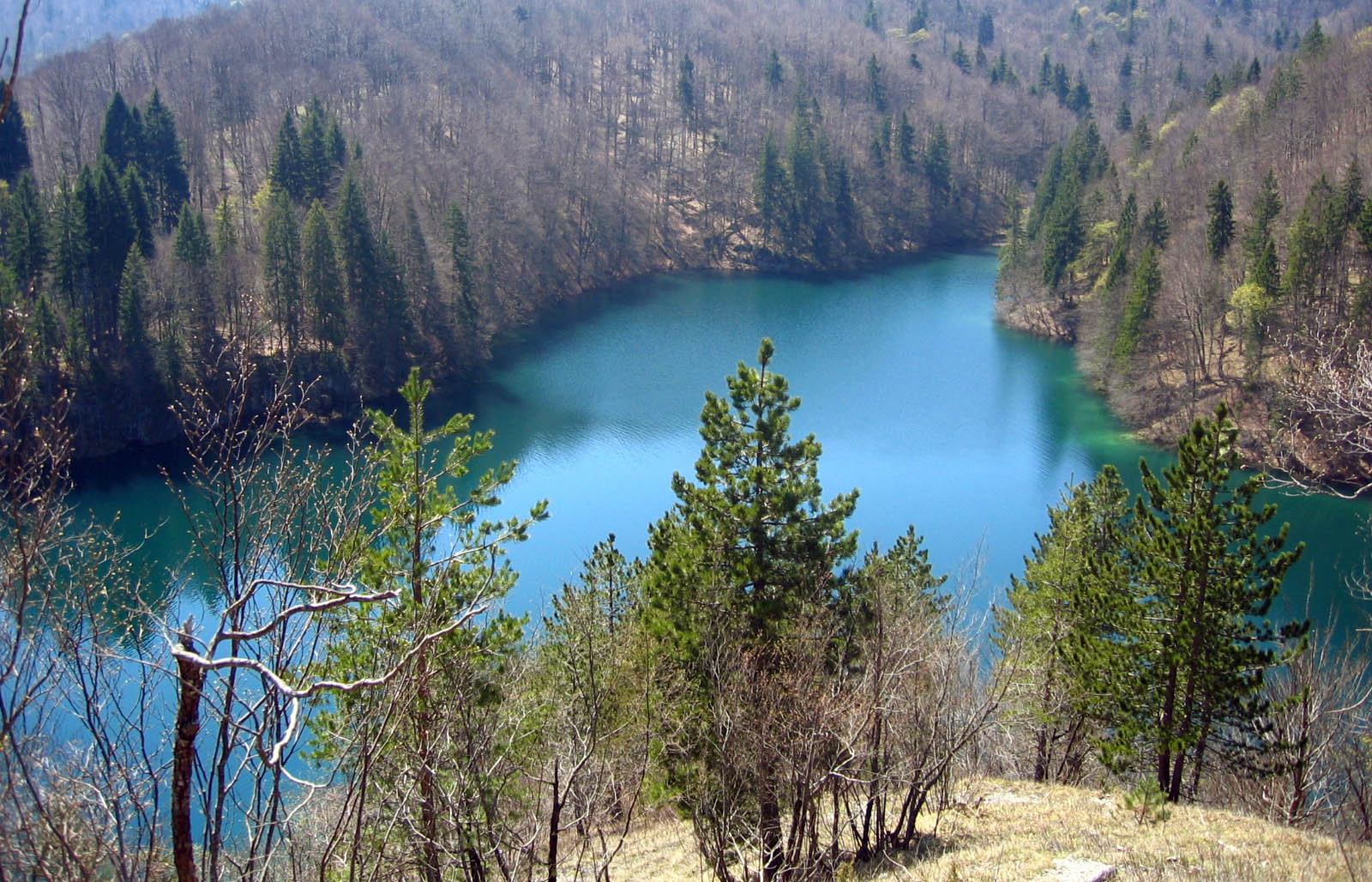 Dear readers of our www.plitvicelakesfromsplit.com website! We are continuing our series of articles about details that make Plitvice Lakes National Park special!

First lake I would like to talk about today is…

Otherwise known as simply “Jezerce”, it is counted as the tenth lake in Plitvice Lakes system, located on an altitude of 554 meters above the sea level. It is one of the largest lakes, because it covers area of more than 8.1 hectares, with its maximum depth of 10 meters on several locations around the lake, not only in the centre of it. It has an unusual shape, forming letter “L”, so its width varies between 80 meters and 290 meters, while its length is around 450 meters.

Its name is historically inspired, because it comes from a word “gradina”, which in Croatian language means “old fortified town”, which once was found in between this lake and Kozjak, on the hill. Its waters are coming from lakes above, such as Milino Lake, Galovac Lake and Batinovac Lake.

You can see a lot of interesting colours playing in this lake, changing depending on the season. From light green, turquoise, to milky white in the less deep areas of the lake. Lovely dark green colours can be seen mostly in the deepest areas of the lake itself.

If you look deeply in the central part of the lake, on about two meters under the surface, you can see yellow shadows of flooded barrier as well as two other barriers at the end of the lake. That shows you that this lake once was made by at least two different lakes, and now is forming one, “Gradinsko Lake”. The milky colour we have mentioned before, is actually a travertine mud patches which are not yet covered by aquatic plants. In this area of Plitvice Lakes, you can see a lot of ducks because this is their favourite nesting area!

This beautiful lake is surrounded by a tall fir, pine and beech trees, which are following several wooden walkways and paths that take you explore different locations around the lake. Also, if you get up on elevated viewpoints of the lake, you will enjoy mesmerising views of Plitvice Lakes National Park.

One of the most interesting viewpoints is panoramic scenario over “Veliki Prštavac” and “Mali Prštavac” waterfalls, as well as “Galovački Buk”, and it is one of the best viewpoints in whole Plitvice Lakes.  At the end of the lake the water outflows down to “Burgeti lakes” and further away via very low barriers and small cascades to “Kozjak”. 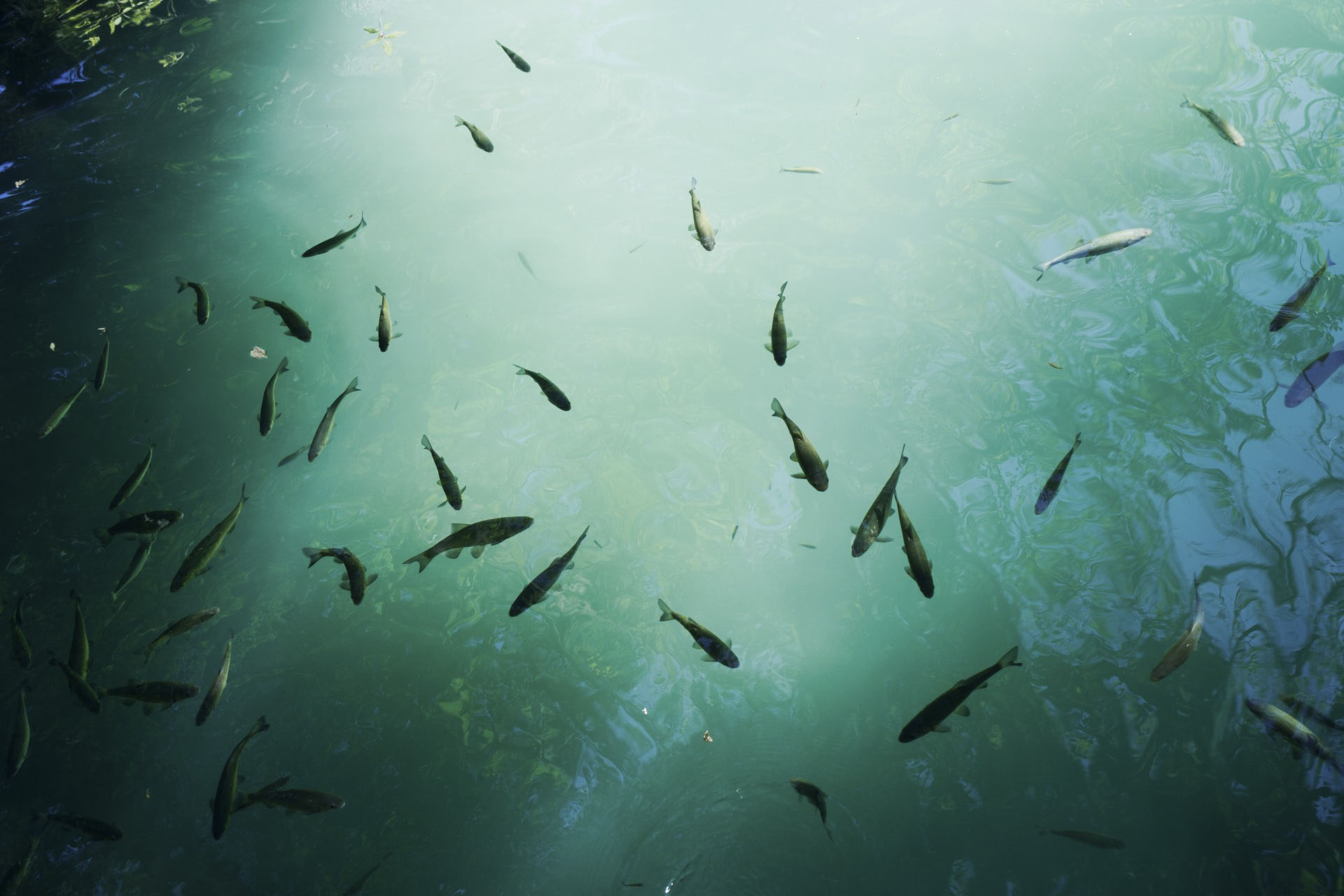 Next lake that we will explain to you is “Burgeti Lakes” which is made of more than one lake. As all lakes mentioned in previous blogs, it also belongs to the group of Upper Lakes. It is commonly know as “Bukovi” or “Buk” whose name is coming from Croatian words “buka or buktati” which means “loud noise”.   It is the eleventh highest lake in the whole Plitvice Lakes system. Located on the altitude of 534 meters above the sea level, covering 0.1. hectare with maximum depth of two meters, maximum width about 106 meters and its maximum length about 200 meters.

These lakes are basically made of tiny lakes or ponds, which are mutually interlinked and fed by waters from “Gradinsko Lake”. Nature is separating them by porous travertine barriers. They are the best known for two ponds, called “Veliki Burget” (“Large Burget”) and “Mali Burget” (“Small Burget”) which are easily recognisable. On the shores you can see low bushes, some trees and barriers.

Among these ponds, you can see an old stone building, hiding in the bushes, which is a proof that local people were trying to use the water and its natural flows as a power to electric generator. This pond area is quite flat, and you can easily manage it by walking over wooden walkaways. When you get on the south shores of Burgeti, there is a Gradina hill where waters flow into Kozjak Lake. 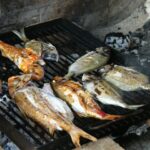 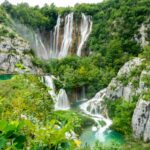