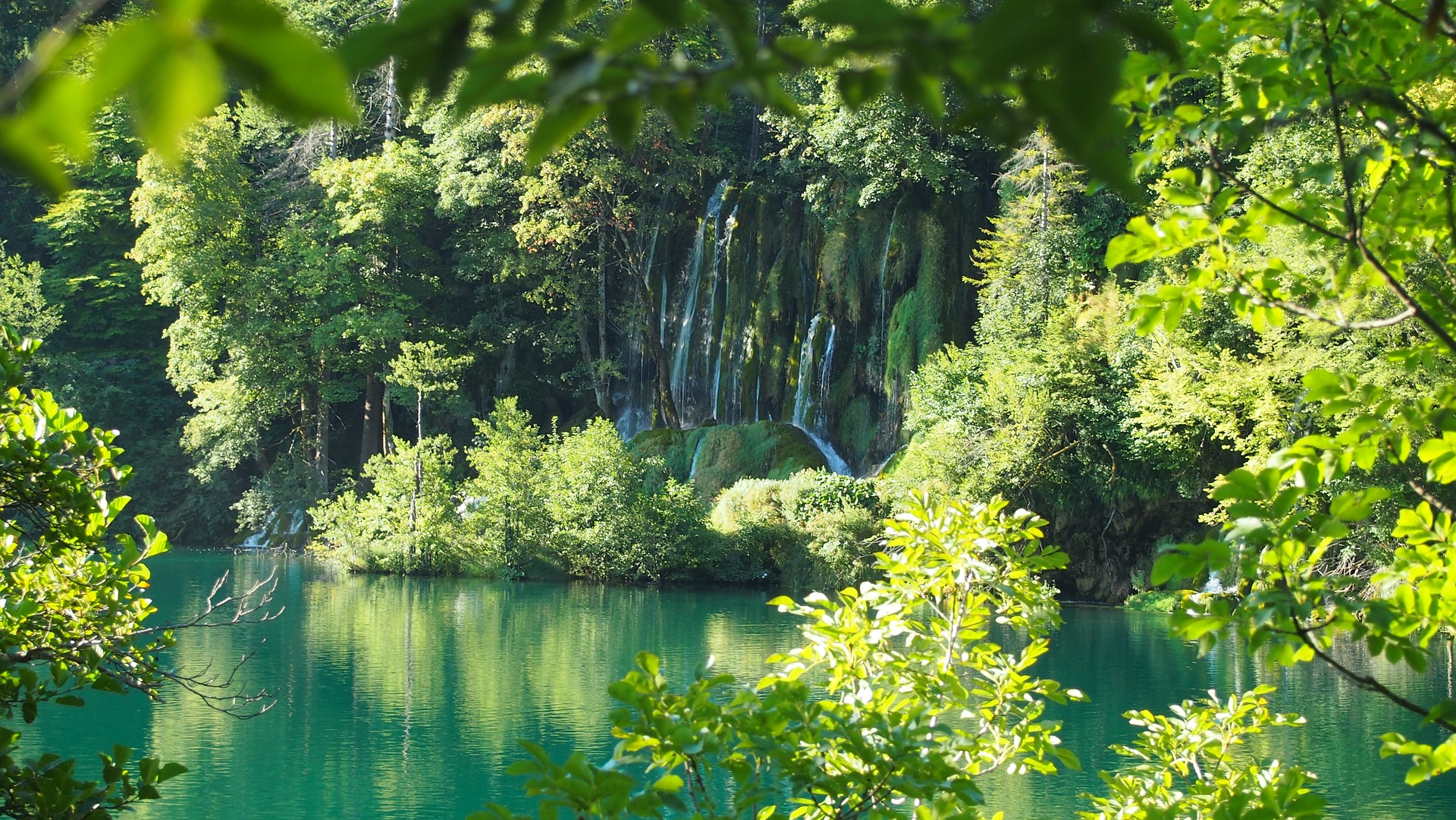 Plitvice Lakes National Park is the most famous National Park in the Republic of Croatia and carries with it the title of one of the most beautiful parks in Europe. The Plitvice Lakes are a distinctly special geological and hydrogeological phenomenon, and this natural attraction itself was given the title of National Park on April 8, 1949. Plitvice Lakes are located in Mountain Croatia and consist of 16 lakes of different sizes. The lakes are connected by cascades and waterfalls, and they receive water from numerous rivers and streams that run through the park and fill the lakes with crystalline blue-green water. The park has many attractions, some of which are travertine barriers that were erected in the park ten thousand years ago. The park is also characterized by its specific climate and geographical position, which has greatly contributed to the biodiversity of the park, which increases its attractiveness. The park consists of upper and lower lakes, the upper ones mostly composed of dolomites, while the lower ones are dominated by limestone rocks. This park represents Croatian tourism and its waterfalls appear on the covers of world travel magazines, which proves how special and attractive this park is. The Plitvice Lakes National Park is not just an ordinary tourist attraction, it is a combination of beautiful waterfalls pouring over the beauties of lakes and vast forest complexes, and is also a place where fresh mountain air floats while there is a great wealth of flora and fauna on the ground. Plitvice Lakes is the oldest national park in Croatia, and it is a park with an extremely rich history.

Throughout history, this national park has been exposed to human influence because it has been inhabited for thousands of years in the narrower and wider area of the park. The first settlers of the area were the Illyrians, Thracians, Celts, Japods, Romans, Avars, Turks and Slavs. During the Roman rule, the Plitvice Lakes were part of the province of Illyria, and after the fall of the Roman Empire, the area was settled by the Avars and Ostrogoths. In the early and middle ages, after the arrival of the Croats, the Plitvice Lakes formed part of medieval Croatian kingdoms until Croatia entered a personal union with Hungary, after which a monastery was built in the park, whose remains can still be seen today. During the Ottoman Wars and the Habsburgs, the situation in present-day Mountain Croatia had a tremendous impact on the lives of the local people of that time. Some of the events that took place during this period were the battle of Krbavsko Polje, the selection of Ferdinand I as King of Croatia, and the establishment of the Military Frontier at the border of the Habsburg Monarchy and the Ottoman Empire.

The territory of the Military Frontier was settled by the locals, whose responsibility was to protect only the area from further destruction and unrest. After 1788, the area of the Plitvice Lakes completely belonged to the Habsburg authorities, and the Turks no longer posed a threat to the area. With the arrival of Napoleon, who founded the Illyrian Provinces, the Plitvice Lakes were under his rule for a short time, but later returned to Habsburg rule. After 1850, there was a national awakening in Croatia, and one of the great events of that time was the death of Croatian politician Eugen Kvaternik, not far from the park itself. The Plitvice Lakes later became part of the Croatian Empire in the Kingdom of Yugoslavia, it later became part of the FR of Croatia within the SFRY, and today it is the most famous and attractive tourist attraction of the Republic of Croatia.

The development of tourism in the Plitvice Lakes area began to develop in 1861 when officers of the Military Frontier began construction of tourist facilities. The first construction was the “imperial house”, that is, the first tourist house in the area, which had a capacity of only 3 rooms. After the first few tourist facilities, the Plitvice Lakes slowly began to be called a tourist attraction and in 1894 began to attract up to a thousand tourists and travelers. The first hotel in the park was built in 1896. As in world tourism, the most significant factor in development was the development of traffic, so in Mountain Croatia the big factor was the development of the Lika railway in 1927, which facilitated not only the movement of passengers but also the visit to the National Park. Tourist facilities did not begin to be built, however, in the Second World War the vast majority of the facilities were destroyed. The war was followed by the rebuilding and recovery of the area in order to achieve a unique tourist offer again. This was followed by the construction of the Jezero Hotel, the Lika House Restaurant and the Mukinje residential area. Hiking trails and pipelines and transmission lines were arranged in the park, and after the proclamation of Plitvice Lakes as part of UNESCO’s World Heritage Site in 1979, a real tourist boom took place. The UNESCO title has brought with it the accelerated development of tourism as well as the promotion of the park worldwide. The Plitvice Lakes reached their peak just before the Homeland War until the whole area was occupied. Only after the end of the war and the liberation of the area did the tourist numbers and development of the area rise again.

Plitvice Lakes National Park is an unavoidable natural attraction if you are traveling to Croatia. Croatia waterfalls will offer you much more than nature itself, it will offer you an unforgettable experience. If you are staying in Split and looking for things to do, check out our Plitvice Lakes Tour from Split.

To make a reservation for our tour Plitvice lakes from Split, click on the links bellow: