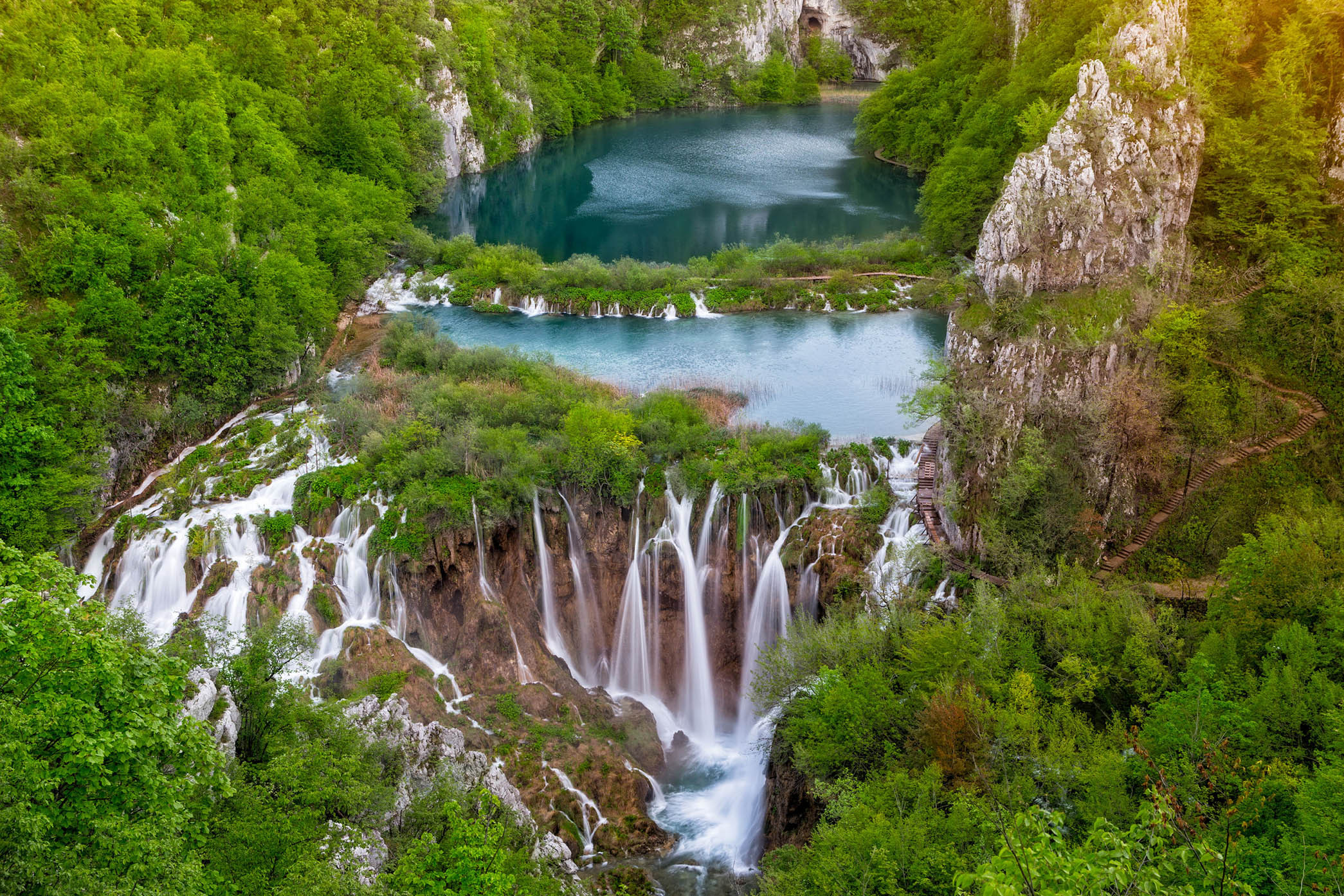 We are truly proud to say that the oldest and the largest National Park in Croatia are National Park Plitvice Lakes. It is situated in the mountainous region, between the Mala Kapela mountain range in the west and the Lička Plješivica in the southeast.

Back to the year 1949, on April 8, the Park has proclaimed the first National Park in Croatia since it attracted a huge number of people due to its unique beauty.

Its exceptional natural beauty is also recognized internationally so Plitvice Lakes national park was awarded by UNESCO World Heritage List on October 26 in 1979.

In order to preserve this beauty for generations to come, it is necessary to adhere certain instructions contained on the info boards, follow the marked paths and of course, do not leave trash or devastate nature in any form.

The basic rules of conduct are not to collect plant material or to feed animals. Then, swimming in Lakes is strictly forbidden as well as the dumping of waste in Lakes or along the trail. And, try not to get off the marked paths.

The best way to get to know this unique beauty is to participate in our tour from Split to Plitvice Lakes. You will have a great time!