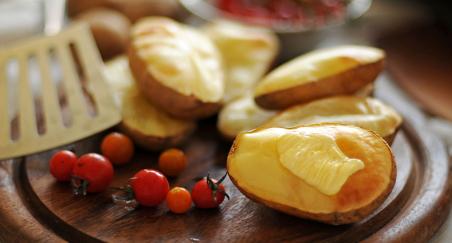 Plitvice Lakes National Park is the largest but also the oldest national park in the Republic of Croatia, located in the beautiful wooded area of Mountain Croatia. The Plitvice Lakes have been attracting visitors since 1949 when this attraction was declared a national park, and visitor numbers have doubled since the park was included on the UNESCO World Heritage List in 1979. The park is covered with beautiful forest vegetation, lakes and waterfalls that knock each visitor off their feet. However, in addition to its natural attractiveness, the park also offers a whole catering area where guests can rest, have a drink, but also enjoy the specific and traditional Lika cuisine!

Lika is a mountain region in the Republic of Croatia, surrounded by mountain ranges, and throughout history has been influenced by different cultures, which left traces that are still visible today, some of these traces are the specificity of the Lika cuisine. One of the strongest factors in the emergence of Lika cuisine itself is the nature that surrounds Lika and which is impossible to escape, so the geographical location is one of the most significant factors when it comes to influencing today’s Lika gastronomy. Due to the harsh climate and a lot of work in agriculture, residents throughout history have been forced to devise a diet that will provide a lot of energy, and in most cases this type of diet is heavy, fat and caloric. With Lika hosts you will never be hungry and thirsty, and you will be served only the best homemade ingredients, which is definitely worth a visit to this beautiful part of Croatia.
When it comes to appetizers, Lika cuisine contains delicacies made mostly of dried pork such as Lika prosciutto, sausages, bacon or cracklings, and sheep meat and wild meat as an active hunting habit are indispensable among the appetizers. In addition to dried meat, Lika’s homemade cheese is always served, and one of the most popular is Lika’s cheese ”škripavac”.

As for the main dishes, most of them contain meat, and one of the most typical are ”dželadija” or pork dishes, as well as beef or sheep meat, also called ”kalje”, always accompanied by cabbage. One of the most famous main courses is also grilled lamb, and this dish is always prepared for special occasions. Although Lika cuisine is a type of cuisine that is extremely rich in meat, fish is not an integral part. The rich rivers that sail through Lika have made it possible for residents to fish and enrich their menu with specialties such as trout. When it comes to vegetables served as a side dish, the base is made up of the 3 main ingredients of Lika cuisine, namely potatoes, beans and greens. Potatoes are one of the most basic ingredients when it comes to appetizers, and most of the time, they are prepared by roasting together with meat or making known so-called “Lika poles”. Part of the menu is also cereals, which are used to prepare polenta and corn or wheat bread, and a very common seasonal addition is mushrooms that are hunt in the vast expanses of forests, such as chanterelles.

Of course, every menu should include a dessert section, and Lika’s desserts are very well known for their exceptional simplicity that gives them specificity. Most of the sweets are prepared from seasonal fruits such as apples or plums, and also from fruit jam and marmalades.

The top 10 dishes to try while in the Lika area are:

Lika, besides being located in the beautiful forested areas of Mountain Croatia, which provides it with many natural tourist attractions, it is also a gastronomic destination that will delight every visitor with its flavors and aromas of tradition. When someone mentions Lika the most common association is the Plitvice Lakes, and right after it that beautiful part of Croatia associates us with the famous Lika cuisine. Mountain County is known for its excellent specialties prepared in almost all parts of Croatia, as they originate from the wooded area of the country. All Lika cuisine recipes include simple preparation and locally available ingredients that form the basis for preparing these specialties. Homemade foods used in Lika’s kitchen are mostly grown by the hosts, or picked up by neighbors, friends or today’s OPGs. A visit to this Mountain area will not leave anyone indifferent, and if you were planning to visit the most famous Plitvice Lakes National Park, visit some of the surrounding restaurants and try this superb Lika cuisine.

To book a trip through our site click on the link bellow!