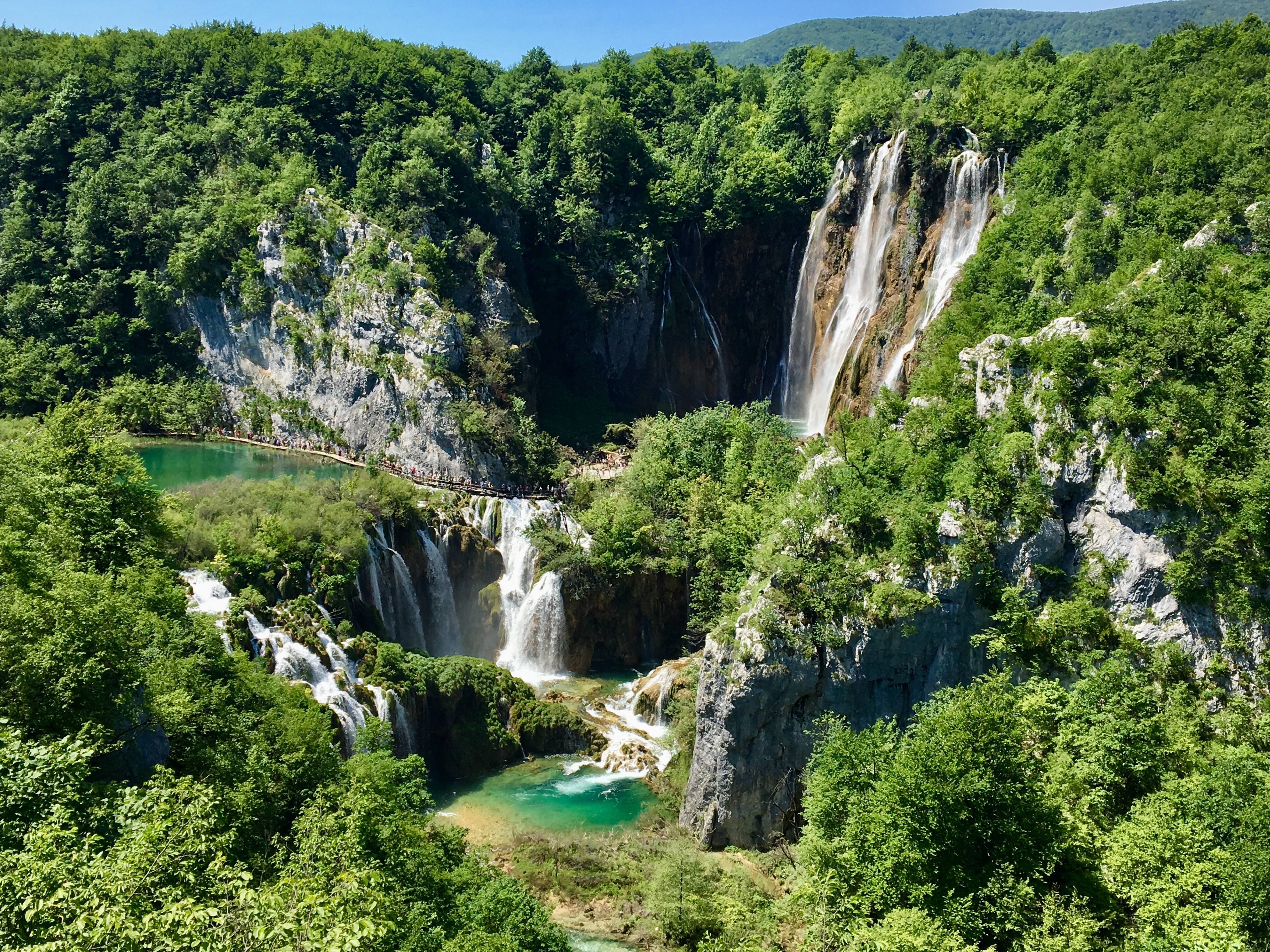 Plitvice lakes represent one of the most interesting geological and hydrogeological karst phenomena, not only in the Republic of Croatia but also in Europe. The Plitvice Lakes National Park is known around the world as one of the most beautiful natural attractions in Europe, as evidenced by the numbers and visitor statistics of the park. The Plitvice Lakes National Park is located in Mountainous Croatia, a raised and mountainous area of the country, in the area of Southeastern Europe. The lakes are located at the very source of the karst river Korana, at the junction of Kordun and Lika, and the Ogulin-Plašćanska valley. Plitvice Lakes are one of the most famous and most visited tourist attractions in this area, and the road routes that can take you to the National Park provide many more cultural and natural attractions along the way.

The Plitvice Lakes awakened and attracted the public and visitors to their natural beauties a hundred years ago, when scientists at the time were warning about the value of the area. The area of the national park was researched at that time by various biologists, geologists, geographers, foresters and other experts who, in their expert opinion, alerted the public about the natural value of the narrow and wide area of the Plitvice Lakes. The National Park also noted the complex biodynamics of the Plitvice Lakes restoration and the growth of travertine barriers, which provoked the reaction of scientists and experts to protect the park as soon as possible.

The first real legal protection of the Plitvice Lakes was realized in 1928 through the French law, and it was not until 1949 that the Parliament of the People’s Republic of Croatia declared the Plitvice Lakes a national park on the basis of the decree on the management of the National Parks, which enacted the law on the proclamation of the Plitvice Lakes as an area of special natural beauty. Plitvice Lakes then became the first national park in the Republic of Croatia, and one of the largest tourist attractions of that time, with a growing number of visitors day by day. That same law went through various additions throughout the year until the last change in 1997 to legalize the extension of the park’s boundaries.

The Plitvice Lakes National Park has received some protection, but its listing on the UNESCO World Heritage List in 1979 presented the Plitvice Lakes as a special value not only for the croats, but for the whole world. UNESCO is a United Nations-led organization for education, science and culture that is designed to protect cultural, historical and scientific values through internationally protected treaties. Areas protected by UNESCO are considered extremely important for the collective and preserved interests of humanity. In order for a cultural or natural attraction to be protected, such as in this case the Plitvice Lakes, this attraction must first be unique as a geographical and historical landmark, but also have a specific cultural or physical significance. Such sites are protected by UNESCO, preventing any exposure to human or animal damage and deterioration, as well as uncontrolled access or threat by the state.

Plitvice Lakes is also a member of the Federation of National and Nature Parks of Europe, which is why it is obliged under the World Union Convention on Nature Conservation to comply with the following rules:
• respect the provisions of protection of landscape and natural values in the area of the park that are of international and national importance for educational, recreational, spiritual, scientific and tourist activities.
• respect the geomorphological, ecological, fundamental and aesthetic attributes of categorization
• ensure the future of visiting the park, but also of scientific, spiritual, educational and recreational activities harmoniously integrated into the natural and cultural environment.

Plitvice Lakes, as the first national park in Croatia and a part of the UNESCO World Heritage list should not be bypassed if you are traveling to Croatia.

If you are in Split and looking for things to do in Split, check out our Plitvice tour from Split at the following link!